what going on?
1 Views
previous episode
episodes list
next episode

The Fairy King Waiting in Vain

In the past, King met Diane when she was a child inside a cave, and they bonded as friends for many decades, though it seemed like just a few days have passed. King gradually recovered his memories, remembering that his fairy race was killed by a man wearing an eyepatch named Aldrich. When a nearby village was attacked, King left Diane with the promise that he would return. Helbram, who took on the form of Aldrich, was behind the attack due to his hatred of humans. After subduing Helbram by piercing a white rose through him, King was sentenced to a thousand years in prison, taking responsibility for the attack. In the present, King manages to defeat Helbram, who is finally able to rest in peace and atone for his grudge against humans. Meanwhile, after Arthur is overwhelmed by Hendrickson, Meliodas jumps in the scene.

Have Gun – Will Travel 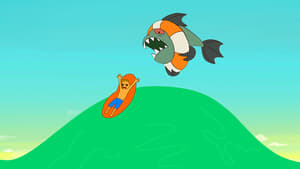